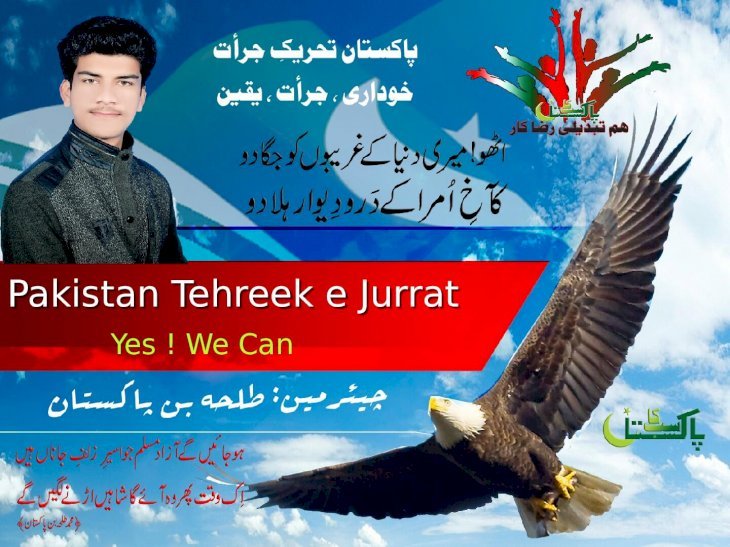 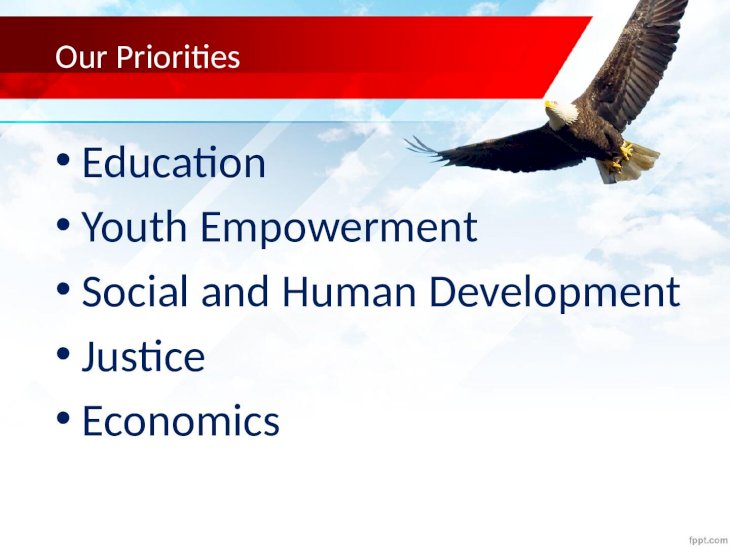 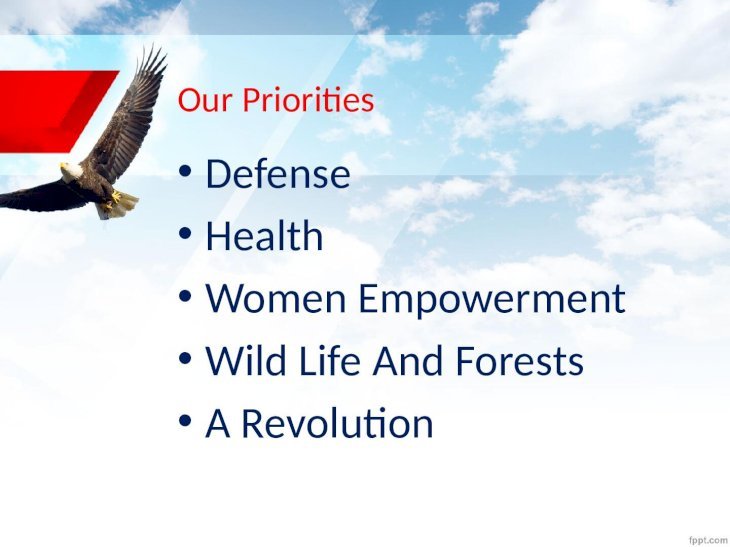 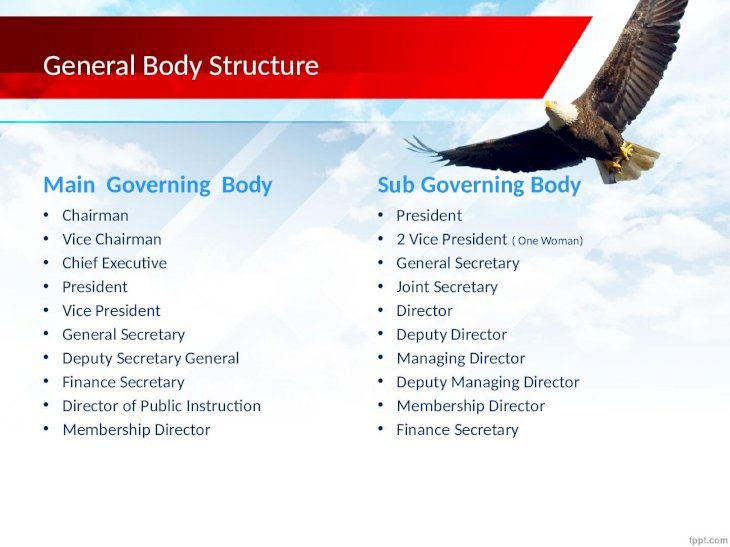 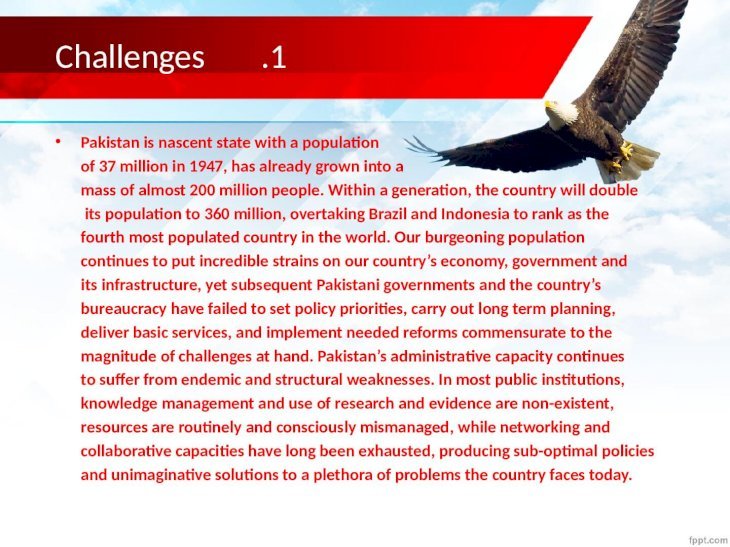 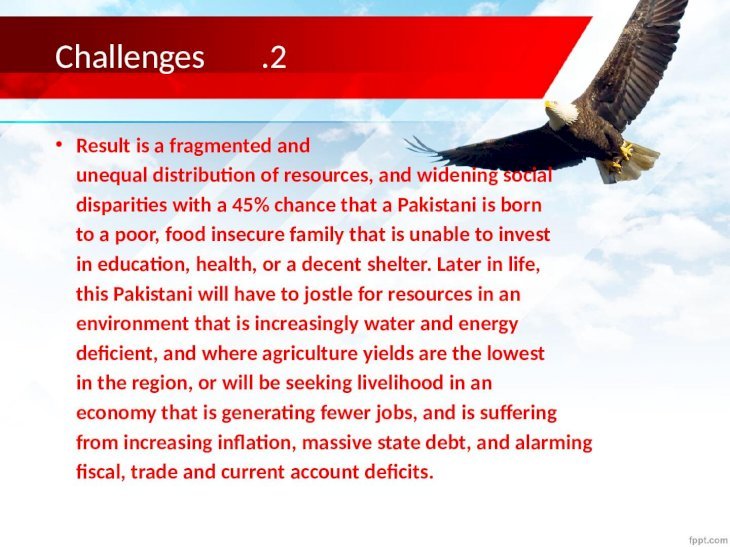 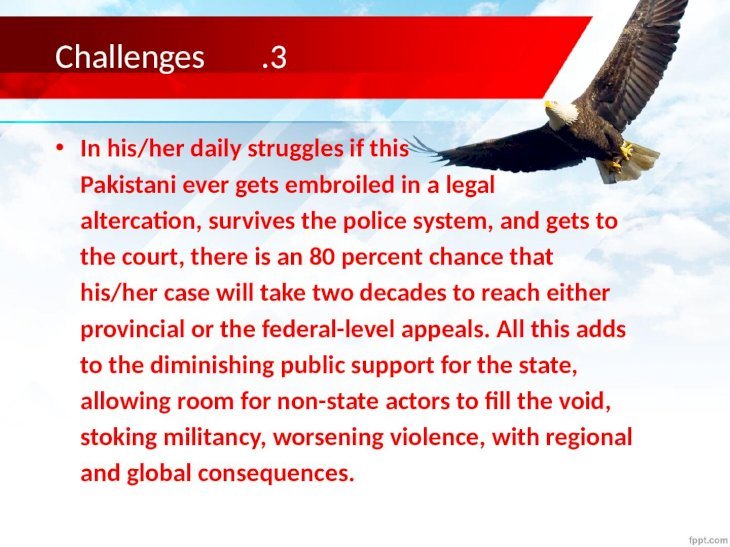 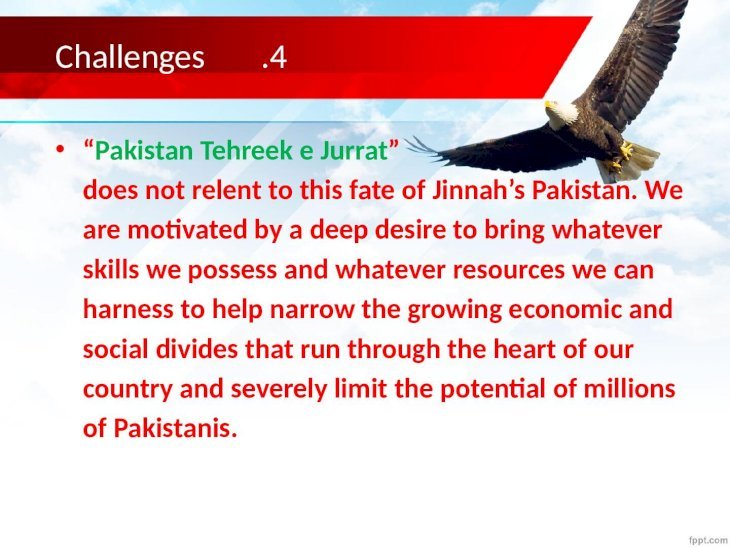 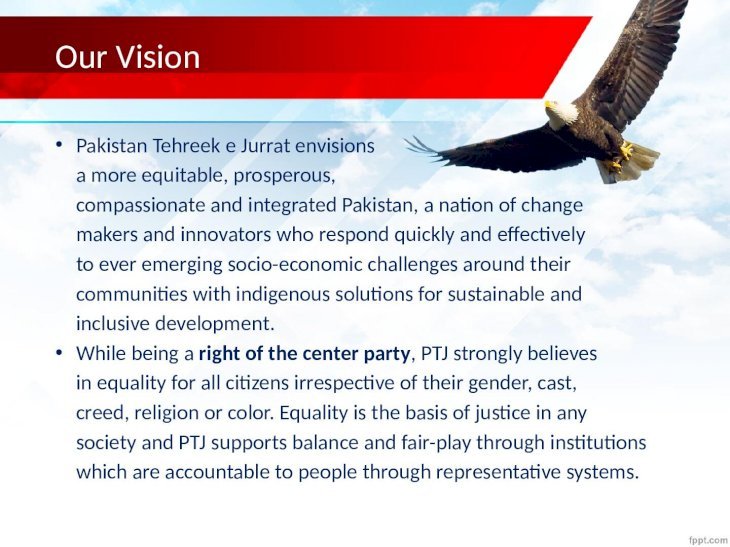 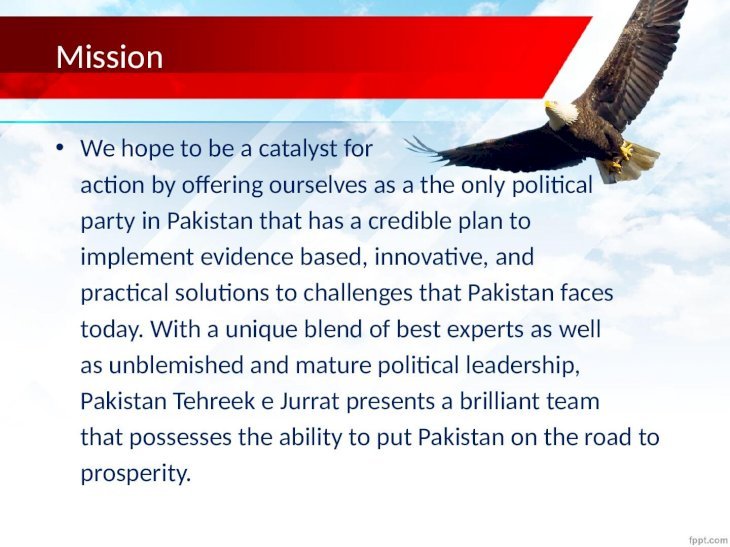 Pakistan Tehreek e JurratYes ! We Can

Challenges.1Pakistan is nascent state with a population of 37 million in 1947, has already grown into a mass of almost 200 million people. Within a generation, the country will double its population to 360 million, overtaking Brazil and Indonesia to rank as the fourth most populated country in the world. Our burgeoning population continues to put incredible strains on our countrys economy, government and its infrastructure, yet subsequent Pakistani governments and the countrys bureaucracy have failed to set policy priorities, carry out long term planning, deliver basic services, and implement needed reforms commensurate to the magnitude of challenges at hand. Pakistans administrative capacity continues to suffer from endemic and structural weaknesses. In most public institutions, knowledge management and use of research and evidence are non-existent, resources are routinely and consciously mismanaged, while networking and collaborative capacities have long been exhausted, producing sub-optimal policies and unimaginative solutions to a plethora of problems the country faces today.

Challenges.2Result is a fragmented and unequal distribution of resources, and widening social disparities with a 45% chance that a Pakistani is born to a poor, food insecure family that is unable to invest in education, health, or a decent shelter. Later in life, this Pakistani will have to jostle for resources in an environment that is increasingly water and energy deficient, and where agriculture yields are the lowest in the region, or will be seeking livelihood in an economy that is generating fewer jobs, and is suffering from increasing inflation, massive state debt, and alarming fiscal, trade and current account deficits.

Challenges .3In his/her daily struggles if thisPakistani ever gets embroiled in a legal altercation, survives the police system, and gets to the court, there is an 80 percent chance that his/her case will take two decades to reach either provincial or the federal-level appeals. All this adds to the diminishing public support for the state, allowing room for non-state actors to fill the void, stoking militancy, worsening violence, with regional and global consequences.

Challenges.4Pakistan Tehreek e Jurrat does not relent to this fate of Jinnahs Pakistan. We are motivated by a deep desire to bring whatever skills we possess and whatever resources we can harness to help narrow the growing economic and social divides that run through the heart of our country and severely limit the potential of millions of Pakistanis.

Our VisionPakistan Tehreek e Jurrat envisionsa more equitable, prosperous, compassionate and integrated Pakistan, a nation of change makers and innovators who respond quickly and effectively to ever emerging socio-economic challenges around their communities with indigenous solutions for sustainable and inclusive development.While being aright of the center party, PTJ strongly believes in equality for all citizens irrespective of their gender, cast, creed, religion or color. Equality is the basis of justice in any society and PTJ supports balance and fair-play through institutions which are accountable to people through representative systems.

MissionWe hope to be a catalyst for action by offering ourselves as a the only political party in Pakistan that has a credible plan to implement evidence based, innovative, and practical solutions to challenges that Pakistan faces today. With a unique blend of best experts as well as unblemished and mature political leadership, Pakistan Tehreek e Jurrat presents a brilliant team that possesses the ability to put Pakistan on the road to prosperity.

IN THE SUPREME COURT OF PAKISTAN (Original ... ... Tehreek-e-Labaik Pakistan (â€œTLPâ€‌), a recently